We Exist To Add Value To Leaders And Their Organizations

Calvary Leadership Network has members from numerous faith traditions and we provide a safe place for denominational and independent church leaders. We don’t ask you to “leave someone else to connect with us”. We believe that having several connections helps to unite us all.

“We Were Established To Love Leaders”

In 1998, my pastor, Bishop Richard Hilton, challenged me to accept the call to lead pastors. I had resisted for some time and I will never forget the day he and I were riding together in my car. He said to me, “Court, if you will accept it i will be the first pastor to join the network.” I was in a moving car so I couldn't jump out! I said yes and in 2000 the pastors who were walking with me selected me to serve as their pastor. Among them were Richard Hilton and Carlton Mcleod. Over time we would grow to about 70 domestic churches and hundreds of international and mission works. What began as Calvary Alliance of Churches and Ministries has evolved into Calvary Leadership Network!

“We Exist To Add Value To Leaders And Their Organizations”

My research has shown that pastors today are in desperate need of opportunities for growth for themselves and their teams. Less are looking for spiritual fathers who can ordain them and more are in search of brothers who can affirm and coach them.

“We Are Committed To A Servant Leader Model”

Calvary Alliance employs a team of leaders in an effort to help meet the needs of our members. From licensed marriage and family counselors to church planting facilitators to those who focus on global missions we have developed a team to meet a plethora of ministry concentrations.

“We Want To Intentionally Provide What You Need”

Those who partner with us have access to all of our online content. Teaching on team building, communication plans, improving systems, job description templates and much more. Monthly Zoom calls to coach and encourage great leaders along with opportunities for roundtables with leaders like Sam Chand, John Maxwell and Chris Hodges. All designed with you and your team in mind.

“We Are Totally Committed To The Truth Of Scripture”

“We Are As Diverse As God’s People”

Calvary Leadership Network has members from numerous faith traditions and we provide a safe place for denominational and independent church leaders. We don’t ask you to “leave someone else to connect with us”. We believe that having several connections helps to unite us all.

Today we are much more than an alliance of pastoral leaders but we are a network of men and women serving around the globe in various capacities that include missions, chaplaincy, counseling, business and church leadership.

You are welcome here!

Courtney McBath is the Senior Pastor of Calvary Revival Church (CRC) in Norfolk, Virginia. He also serves as the leader of Calvary Leadership Network, a growing group of leaders,  who serve the church and the world globally.

Courtney began preaching at 13 and was formally ordained at 18 years of age. After completing his undergraduate studies at the prestigious Massachusetts Institute of Technology (MIT) he went on to work in an architectural engineering firm and two other Fortune 500 companies.

In 1990 McBath moved his family to Norfolk to start CRC which grew from 21 people to a membership of over 7000 today.  Having served as a church planter, executive pastor, senior pastor and business leader, Courtney’s heart is to educate and encourage leaders globally. Currently McBath serves leaders in ten nations on five continents and is committed to encouraging servant-leaders for life.

In addition to his double major in humanities and engineering from MIT, McBath also holds a Masters in Biblical Studies and Practical Theology from Regent University and an earned Doctor of Ministry degree from Providence Theological Seminary. 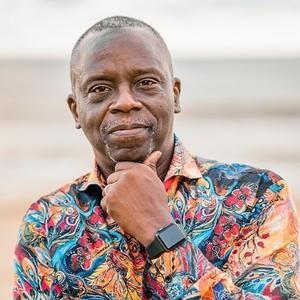 Looking Ahead With Faith and Vision

Calvary Leaders Network (CLN) has grown rapidly over the last four years and so has the vision of CLN. In the future, it is our goal to bring another seventy- five churches domestically into our network. Additionally, we expect to plant several hundred churches throughout Africa, Asia and the subcontinent of India. Our heart is to invest in God’s leaders through specific training, church assessments and personal interaction. We expect to provide the churches in our network with every possible tool for health and growth.

We anticipate the steady growth of our Calvary Leadership Institute which will provide a base for training domestic and international leaders.  We plan to provide continued care for our network pastors, including financial counseling and retirement opportunities.

We would love to hear from you! Fill out the form below and we'll get back to you as soon as possible.